St. John’s I T I, Myladi, Nedumkunnam, is the actualization of the long cherished dream of the Vincentian Congregation namely to provide technical education to the young generations and thus equip themselves to build up their career and thus achieve success of their lives. With is end in view the ITC was started in a quite village area at Myladi, near to Nedumkunnam in Kottayam District. And this was the first of its kind started by the Congregation.

The institution owes its origin, strength and vigour to Rev. Fr. Joseph Peechanattu who was the pioneer to establish this prestigious institution. It was proved that he was the right person for such a venture found out by the authorities of the Vincentian Congregation. Staying at Nedumkunnam Parish Presbytery he came every day to Myladi and supervised and directed the construction of the I T C building. Once sufficient building was constructed he shifted his stay to a small room in the I T C and continued to work for its further development (as the First Principal) till the new Ashram was built. In his Principal ship the I T C grew into its full size and strength. In all his attempts to build up and strengthen the I T C there was the full support and hard work of Fr. Antony Thottithara who was deputed to build the Ashram and Church at Myladi.

There was great rush for admissions to the various courses and every one could not be admitted due to the limit of seats fixed by the Govt. Soon the I T C became a topic of talk and expectation of the people far and near. It was also proved that the Congregation rose to the need of the time to help, direct and mould the young generation for a successful life. The big number of people who today gained much to their lives by getting training from here is a living sign that the institution was a right decision of the Congregation and it has achieved 100 % success in its attempt. What more is needed for the Congregation to feel proud of!

A decline. There is a time of prosperity and strength in the life of every person. It is also true with institutions also. The I T C was functioning up to 2000 in full swing with four trades- Draughtsman Civil, Electrician, Plumber and Wireman Courses. By the completion of the 20th century there was seen a decline in the number of applicants to different trades. Thus Plumber and Wireman Courses and the additional batch of Electrician sanctioned in 1986 were to be wound up. There may be different reasons for this decline. One is tight competition from similar institutions established far and near. The good feeling of the people for the St. John’s I T C and the rush for admission here might be a reason that prompted many people to start similar institutions. As a result the applicants were divided among these institutions. Another reason is that there was a shift of the interest of people from I T C to Engineering and Nursing Courses that gained much momentum and the facilities for it increased in the State. Any way by 2000 onwards this institution grew leaner and leaner every year and there prevails a serious threat to its existence. Still we keep our hopes for a better future to this institution. Mile stones in the history of St. John’s 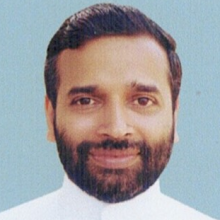 ST Johns ITI, is one of the most reputed Educational Institutes, established in the year 1978, with the primary vision and mission of imparting quality education and training for nationals and expatriates alike in a variety of study opportunities in various disciplines using traditional as well as innovative instructional techniques based on modern information technology, within the guidelines of the Ministry of Education & Youth Kerala, India.